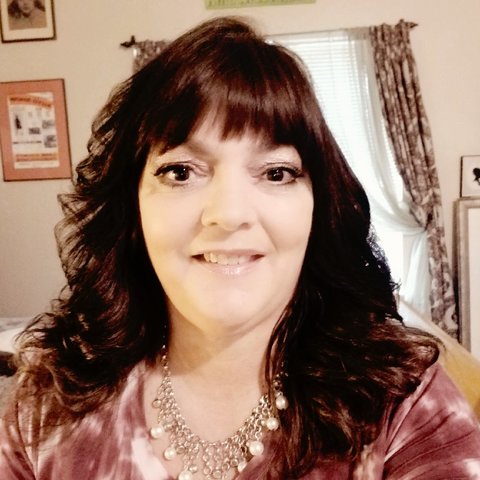 thought the person I have had the honor of getting to know is something the fans needed to know this is the LUKE BRYAN I HAVE COME TO KNOW. PLEASE SHARE OR PASS IT ON

Ok Luke, I am going to give this one more shot. I have been following you since 08. And met you more times than most people could ever dream of Iam grateful for that. But when I got so sick and was told I would never walk, my specialist told me to find something to focus on. You were my focus because you had been through so much and still never gave up. I had met you in 2010 and 2011 on my daughters birthdays. You were so fun, sincere, real. Like your song I'll Stay Me!!! You did :) In February of 2012 I was admitted to the hospital I had a Hematoma on my spine and was paralyzed from my waist down. The Dr told me I probably wouldn''t survive the surgery but if I did I would not walk. As scary as that is all I could think of is that I had to survive I had 2 daughters. So I survived but could not walk. 4.5 Months in the hospital with intense physical therapy and you everyday on my IPod I know everyone of your songs probably backwards. Finally I was released in June 2012. I went home. Then I looked at your tour schedule. Vegas Sept 21 st 2012 @Red Rock again on one of ny daughters birthday. I had to go so my best friend and I headed to Vegas. This was my turning point. We went to have lunch at Red Rock in the Italian Restaurant Tessa Rosa. Only one other table was occupied. And it was with you and 2 of your people. After you ate you got up were right behind me, when my best friend asked if you would talk to us. You came over put your hands on my shoulders and were exactly the same Luke I had met so many times before.. My best friend told you my story. You listened to every word. Talked to us then said you had to go. Out of the blue you came back got down on your knees as I was in my wheelchair. You looked me straight in the eyes. And said to me "Can I ask y'all a question?" I said yes. You said "What happened to you, can you walk?" I said a little but not like you!!". Thats when you told me "Don't give up, never stop trying, and keep the faith." But, then you said "When you walk. I want to see it." I heard every word~ I can walk you are a hugely the reason I kept going. So Iam asking you to walk with me in Concord on 4/29. Please let me know. Also know I forever will be grateful to you for caring. FYI I have seen you 2 more times!!! Shoreline 2013 and Levi Stadium 2015 Thats AWESOME to hear that you can walk now and that u didn't give up :-)
Definitely hope Luke sees this, and am Keeping my fingers cross for ya :-) 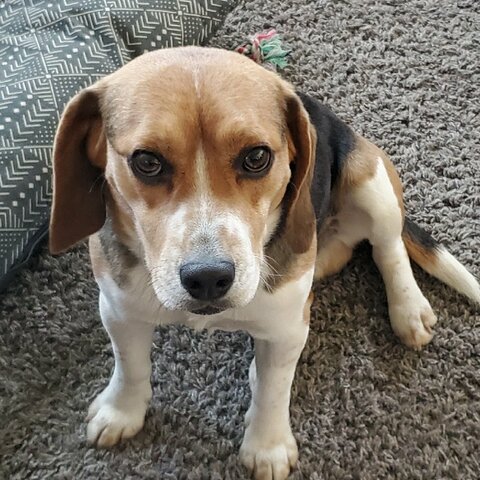 Ur story is amazing in so many ways, I am so glad ur walking u are an inspiration not giving up. I truly hope Luke sees this & U get 2 walk with him. His music & his humble personality goes along way 4 each of us, & it brought us all together. 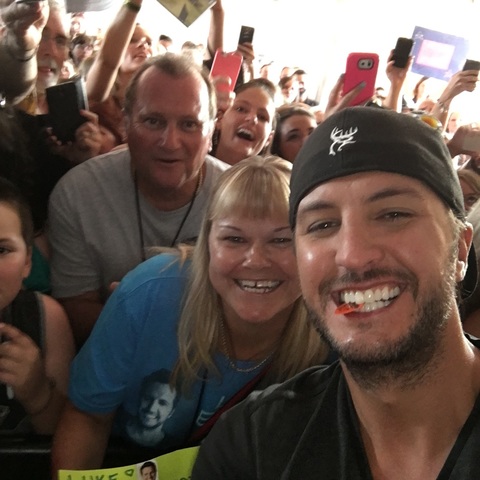 All the best to you and I hope Luke sees this and walks with you! 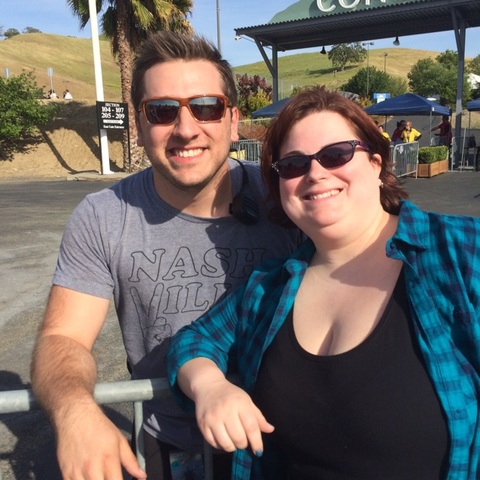 I will be at that show as well and I hope I hear that he walked with you!! Thank you for sharing your incredible story! 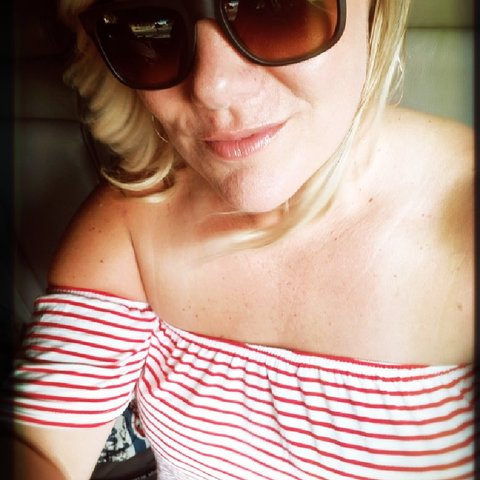 I'll be at the concert on 4/29 , I'm praying he walks with you!!Thank you for sharing your story! 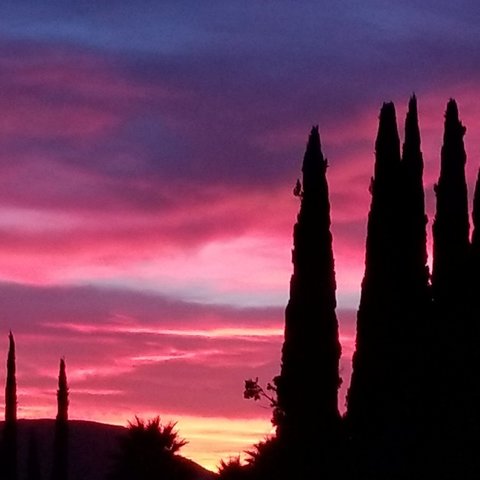 I hope he sees this!!! Soo happy you have come so far!! Your story is part of the reason I love Luke so much!!

Amazing!! Your an inspiration to others!!! 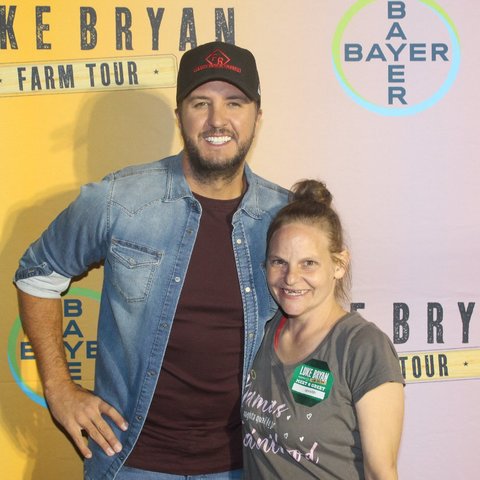 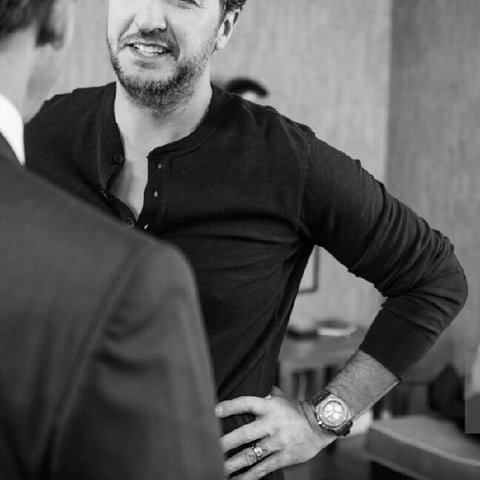 amazing story! !! so glad you can walk. 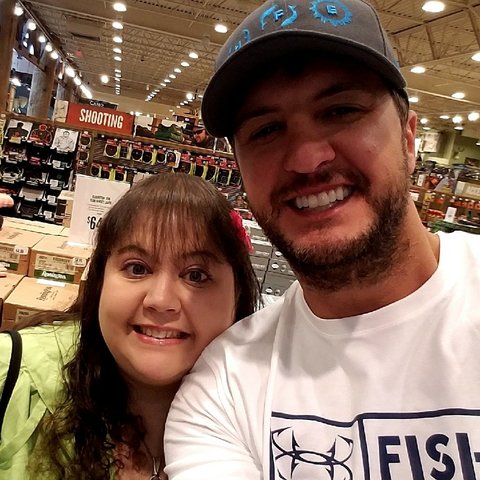 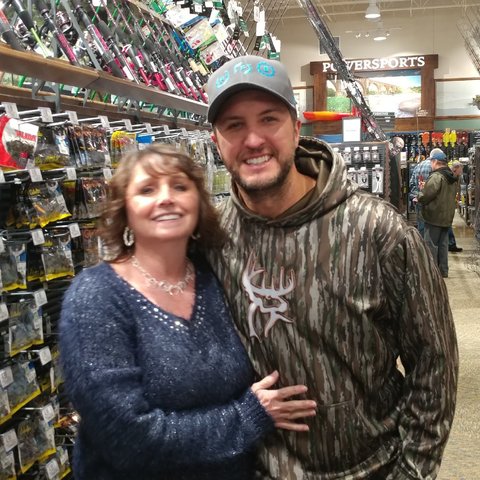 This is an amazing story! So happy you've come so far. Luke and his music are such an inspiration . So glad it helped you achieve all your success. What a wonderful story. I hope Luke sees this & gets the honor of seeing a walking, talking miracle. Thanks Luke from all of us for your inspiration & beautiful music. We luv ya!